“Being a tourist” in your own city can be fun.  Even though we’ve lived in DFW for over a year now, we’re still discovering the attractions that this area has to offer.   And there are a. lot. of them!  This past May when my parents came to visit for Amber’s graduation we took them to many different sites and places and one of them was the George W. Bush Presidential Library and Museum.  Political leanings aside, if you’re ever in an area where any Presidential Library is – be sure to stop in and see it.  They are well worth the admission price and the time spent in them.

Walking into the Museum portion begins with the family history of the Bush family and George W. and Laura.  President Bush’s love for baseball is displayed and chronicled with a fun display.

The most powerful exhibit one will see at The George W. Bush Presidential Library is undoubtedly the twisted structure from the Twin Towers from 9/11.  There’s an instant hush and reverence when everyone migrates over to that section of the floor.  The news reels play on the wall amid the names of the fallen.  It’s a very poignant space filled with memories for for those who remember the day and it’s undeniable historical significance for our country and the world. Just past this area is a replica of the Oval Office.  It’s a neat little place to do a photo opp and of course I had to take my turn at being POTUS for the time it took to sit behind the desk, pick up the phone and have someone snap a picture 😉 Just past that you can see some of Laura Bush’s fashion and dishes from the Bush’s time in office as well as some sculptures of the ‘First Dogs.’ The interactive exhibit ‘Decision Points Theater’ is designed to have you take the place as an “insider” in the decision-making process and policies developed during the Administration of George W. Bush.  I ‘played’ the scenario of Hurricane Katrina, and let’s just say that I have a new appreciation of ALL the sides that need to be discussed and hashed out in the Oval Office, West Wing and briefing rooms at the White House and Pentagon now. Outside in the café courtyard there are these bigger than life sculptures of both the George Bush presidents.  Father and son. The Library & Museum also has short term exhibits.  When we visited it was featuring the ‘Art of George W. Bush’ featuring items that had been gifted to the United States of America while George Bush was in Office and paintings of international leaders that were in office at the same time he was.

I fully believe it would benefit every family to add a Presidential Library to their family travel plans.  They provide a unique look into the history of our country.  We all enjoyed the afternoon we spent at The George W. Bush location and look forward to visiting others if we’re ever in the areas where they are located.

Have you ever been to a Presidential Library? 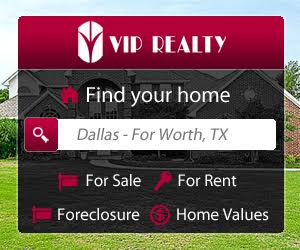