I received a media copy of this book for review.  Affiliate links are used in this post. Cavemen *probably* didn’t eat ice cream. So for those living paleo today, the frozen treat would be something they’d have to give up–until now!

Follow the simple steps in this book (with or without an ice cream machine!) and delve into all your favorite flavors like Chocolate or Butter Pecan, new adventurous creations like Goat Cheese or Chai Tea, sorbets such as Lemon or Mango, custards like Cinnamon Swirl or Kahlúa Almond Fudge and much, much more!

With “Paleo Ice Cream,” you’ll enjoy a sweet treat made with nutrient-dense whole foods while fulfilling cravings that could otherwise lead to cheating, binge eating, or jumping ship altogether.

In an effort to pare down what we were paying to move last year I gave away a lot of stuff…including my ice cream maker, and I have yet to replace it.  So as of yet, I haven’t had a chance to try out most of the recipes in this book, BUT.. Chapter 8 is dedicated to Vegan Ice Creams and the banana-based recipes are especially great because they don’t require an ice cream maker.

So this was the fast, easy, and, of course tasty breakfast I had the other day.  Ahem, yes, you CAN eat ice cream for breakfast! 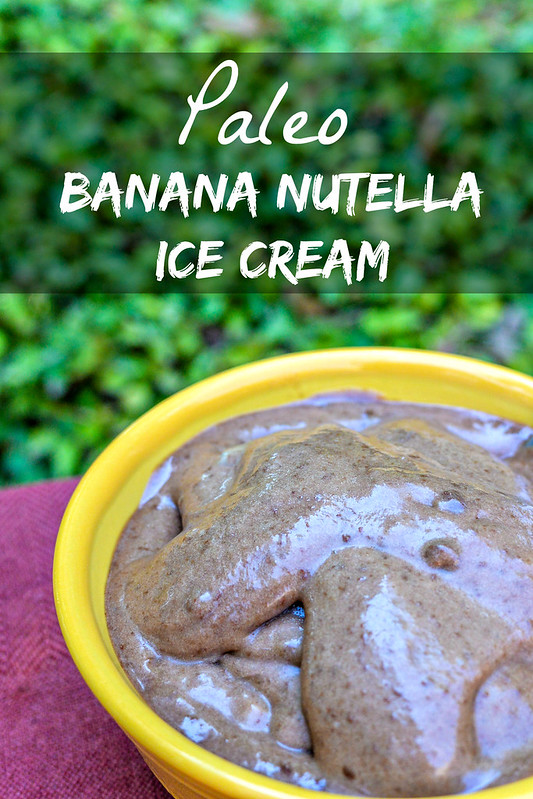 Bananas taste great.  Nutella tastes great.  Now imagine these two flavors uniting in ice cream form.  It is glorious!  Add a tablespoon or 3 of honey in the food processor for extra sweetness. 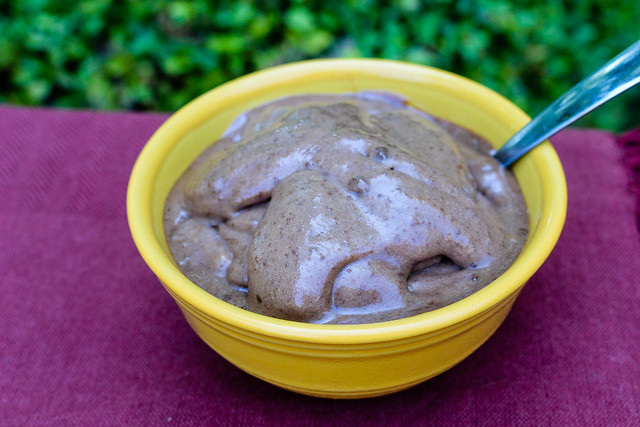 Blend all ingredients in a food processor or high-powered blender for 3 to 4 minutes or until the mixture becomes smooth and creamy and enjoy!  You might have to push banana pieces down into the mixture if they stick to the sides of your food processor.  If you would like a harder consistency, freeze ice cream in your ice cream maker until your desired texture is achieved.  If you don’t plan on serving the ice cream immediately, transfer to a freezer-proof container and freeze up to 3 days.  To serve, remove from freezer and let sit about 10 minutes, or until desired texture is reached. 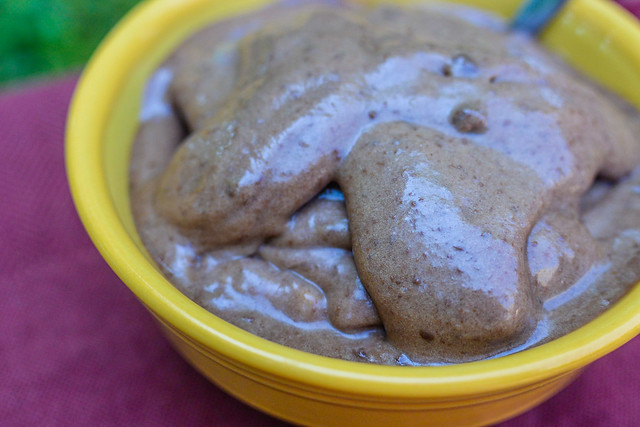 So if you eat Paleo (or even if you don’t) on warm days when you want a cool treat, pick up the Paleo Ice Cream book for both normal, familiar ice cream flavors and some that are different and distinct-tasting (like the Cashew Cilantro Lime Ice Cream recipe!).  This book is a great pick for all the ice cream flavor palates your family enjoys!  You’ll have fun making them, eating them and you’ll know exactly what’s in them for your peace of mind.