Do you remember earlier this month when I posted about Collin Street Bakery’s Apple Cinnamon Pecan Cake?  I made a comment in that post, let me quote it for you:

And while I’m not a fan of fruitcake their world-famous DeLuxe® Fruitcake has been a favorite since 1896.  The fact that people are still buying it 119 years later says something, don’t you think?! 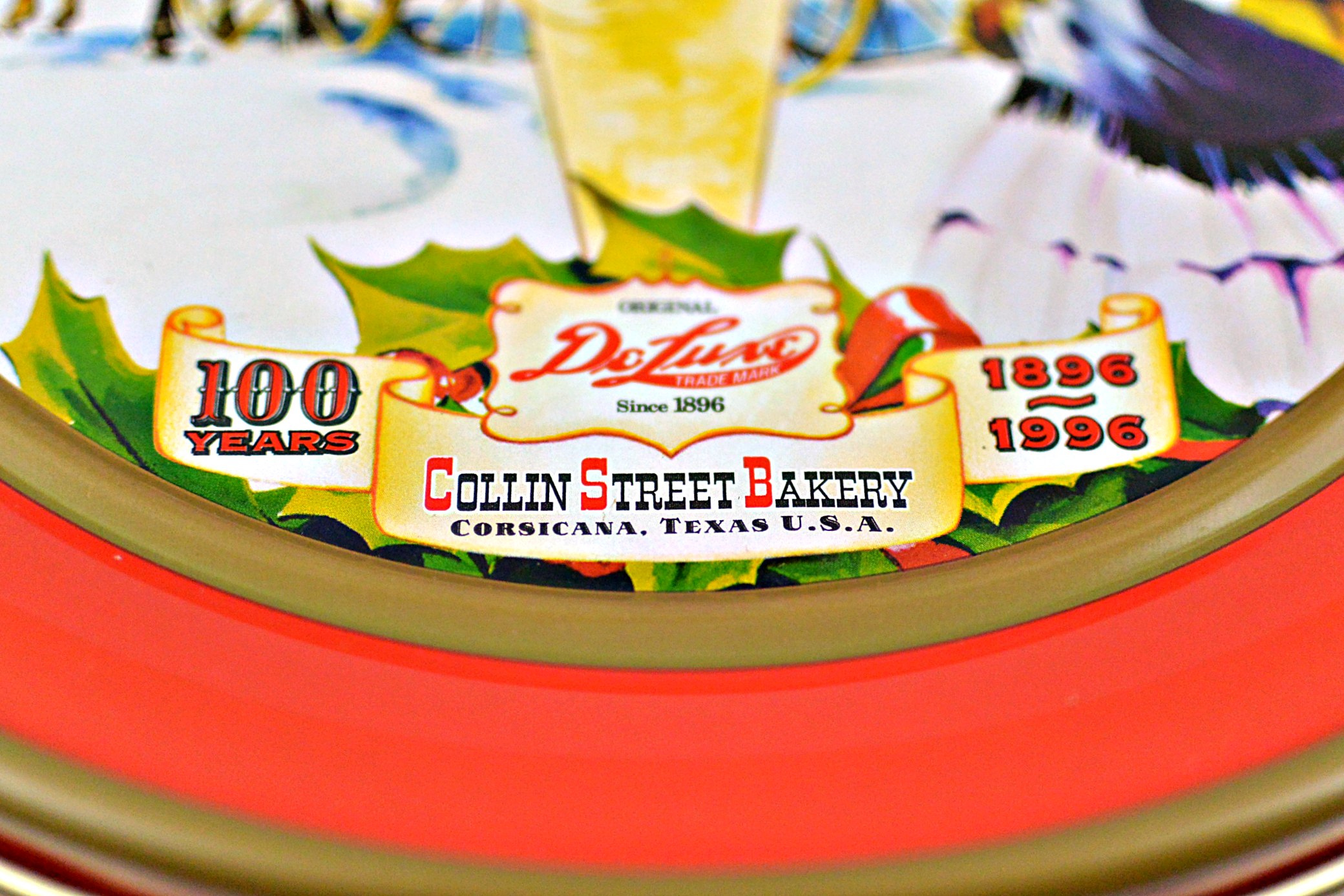 I need to sort of retract that.  If you say you’re not a fan of fruitcake, if your Gran makes one that can double as a door stop, if you use fruitcake as a gift to show your displeasure to someone… you have not had a Colin Street Bakery DeLuxe® Fruitcake.  It will change the way you think of fruitcake.  Bar none it’s the best fruitcake I’ve ever had.  So while I still may not be a fan of all fruitcakes… I’m now a fan of Collin Street Bakery’s DeLuxe® Fruitcake. 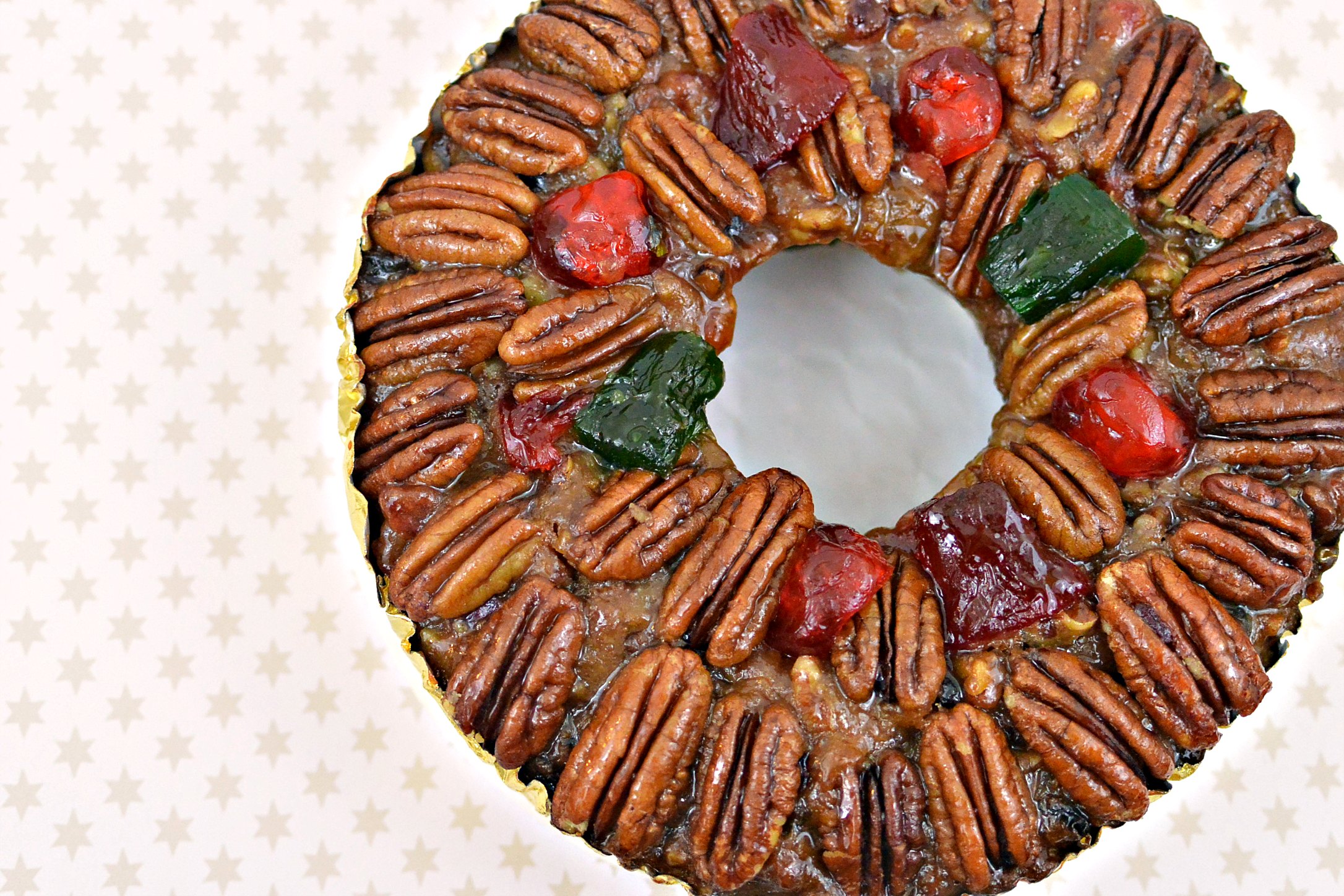 I actually took my first bite with a bit of trepidation expecting a cloying rum and maraschino cherry taste but it was a surprise that greeted my taste buds.  It’s delicious and moist and nearly a 1/3 of it is native Texas pecans!  The fruit medley is papaya and pineapple (grown and handpicked from Collin Street Bakery’s own plantation in Costa Rica) and cherries from Oregon and Washington state.  Honey and golden Sultana raisins round out the amazing and complementary flavors. 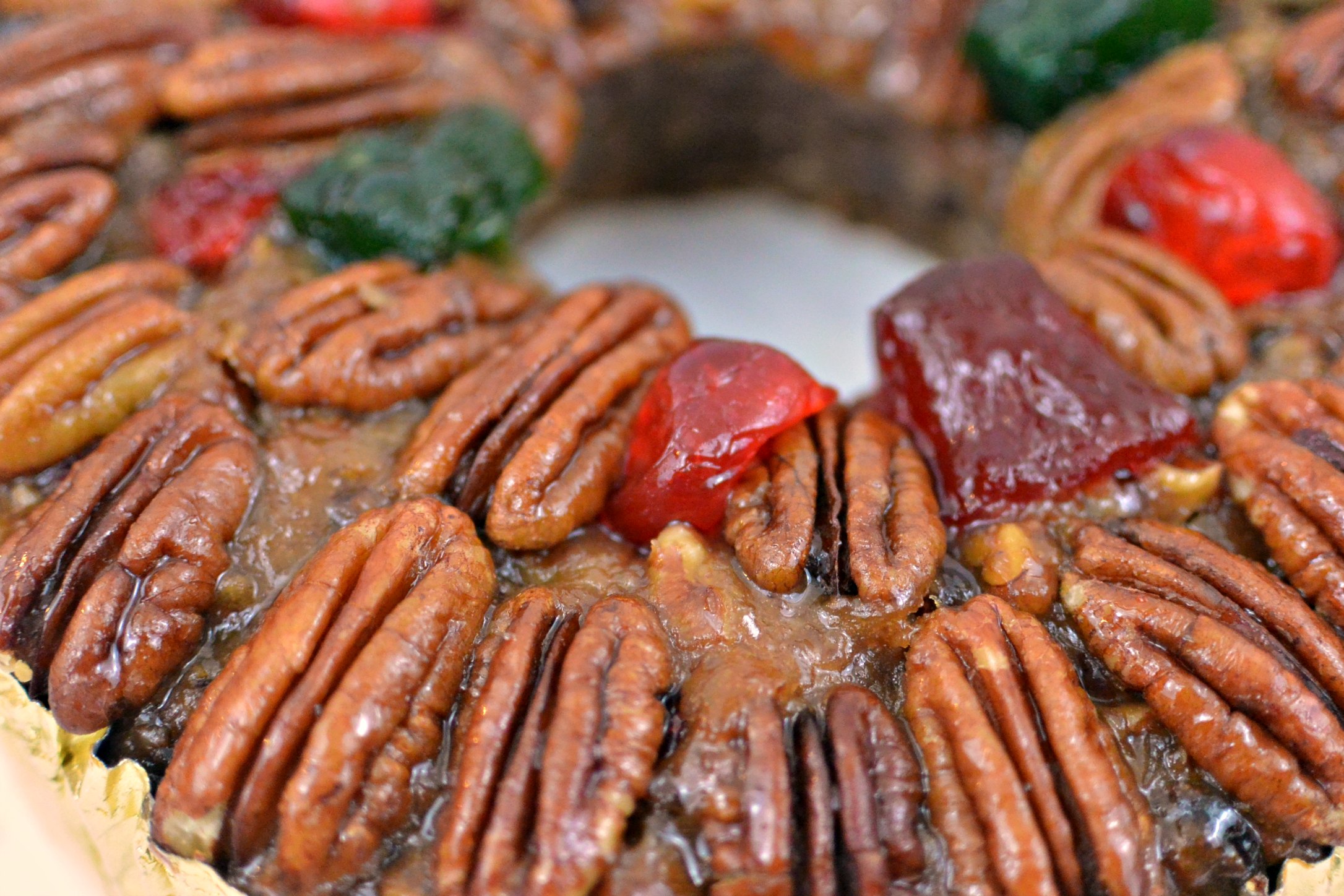 The cake is 75% fruit and nuts, so really I think they should call it ‘Nutfruit and a bit of Cake’… okay, maybe not 😉 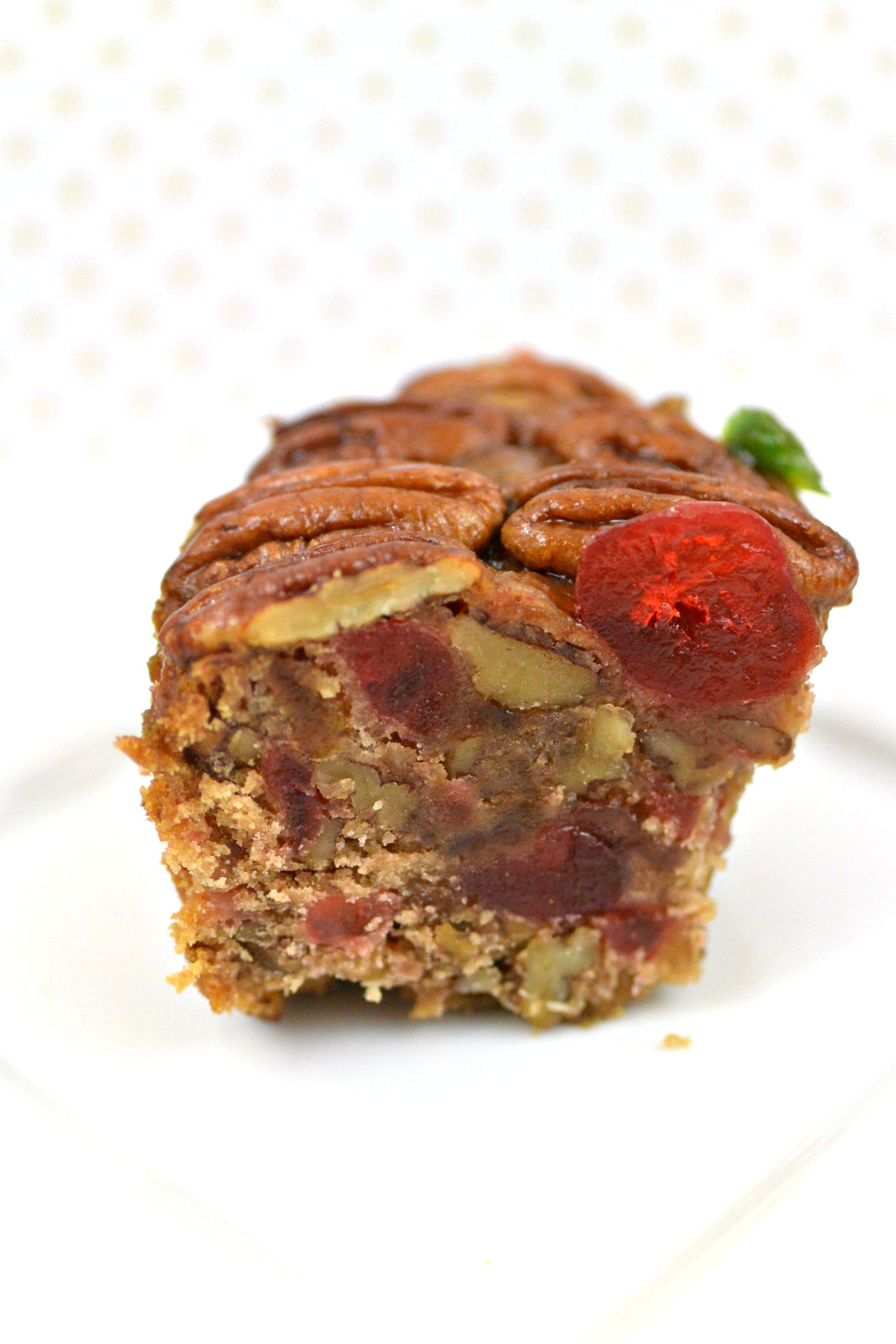 Collin Street Bakery has been making these cakes since 1896 with the very same recipe to the tune of about 1,000,000 cakes a year!

The Deluxe® Fruitcakes are packaged in a decorative tin perfect for gift giving. 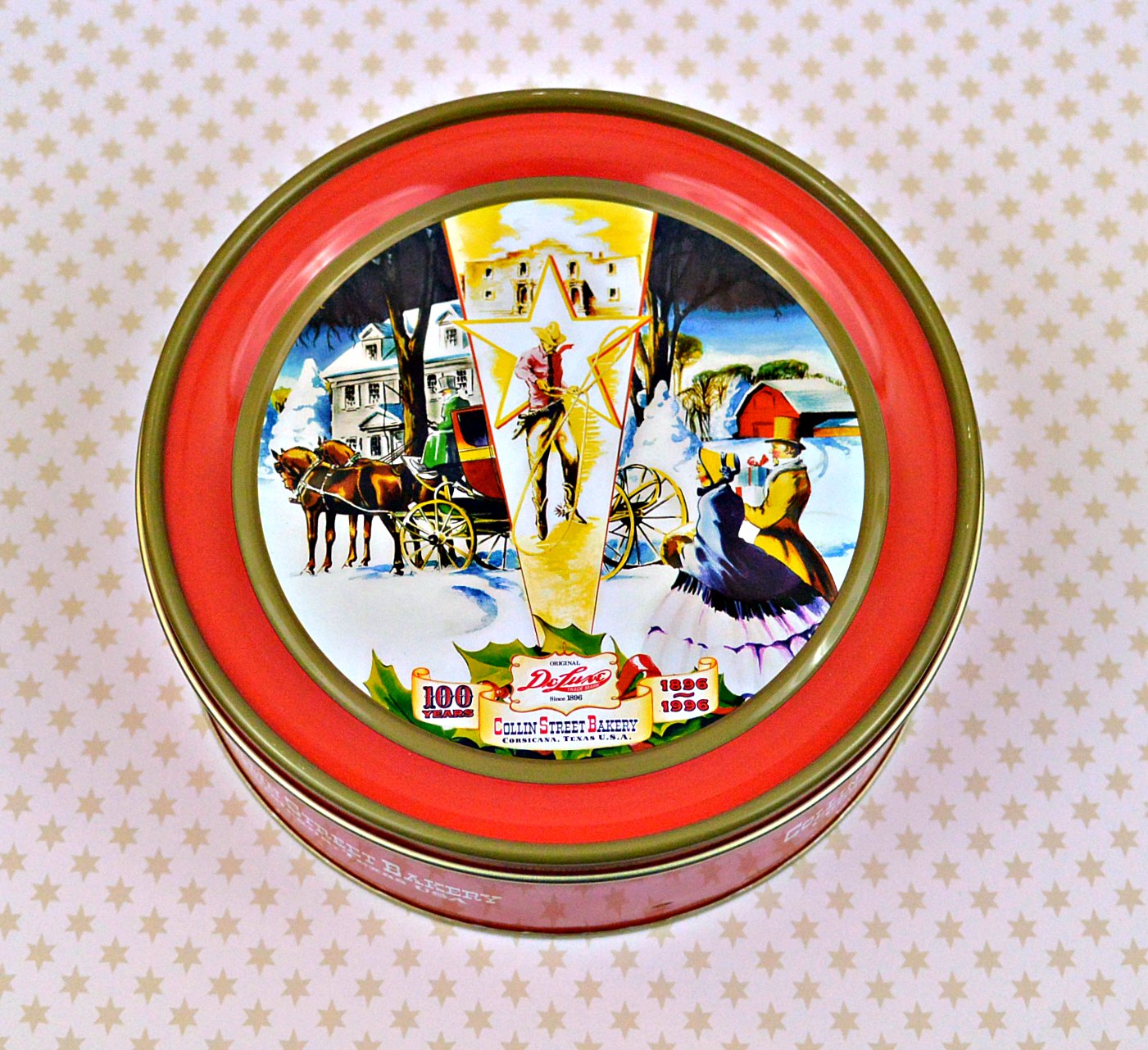 When refrigerated, it stays moist and delicious for months.  Just a note if you generally send fruitcakes to family or friends hoping you’ll be shunned, it won’t work with this one… they’ll probably be asking you to send another one! 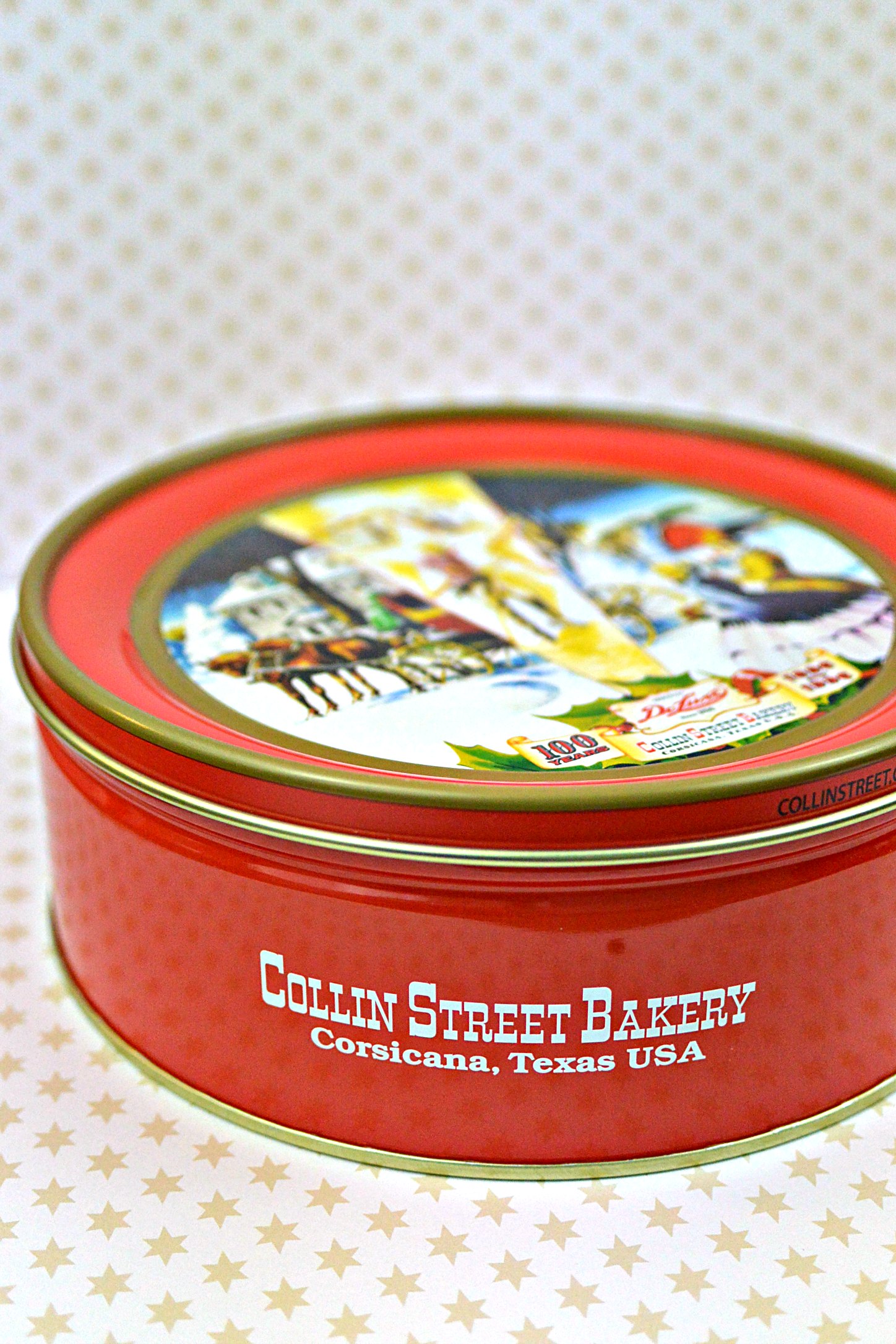 Get those orders for the DeLuxe® Fruitcake and other Collin Street Bakery cakes and pies done soon so they can be delivered for the holidays.  They offer U.S. and International delivery.

If you order between now and November 27th – you can receive free standard shipping on online orders of $50 or more using the keycode: 51YUM8 at checkout.  Don’t miss out on the best fruitcake you will ever eat!

While this is a sponsored post on behalf of Collin Street Bakery all opinions are my own and are honest.  I would never embellish about fruitcake being delicious if it wasn’t, that would just be cruel.